Digital Apamea is both an actual and virtual exhibition in which digital technology is employed to reconstruct the ancient 4th century synagogue mosaic floor at Apamea on Orontes in Syria.

The synagogue was built in 392 CE (AD). Shortly thereafter it was intentionally destroyed at a time when Roman tolerance yielded to Byzantine intolerance and anti-Semitism per the edicts issued by the emperor Theodosius the Second. Two subsequent basilicae were built over the site of the synagogue. These churches incorporated the former synagogue foundations into the latter structures; the synagogue’s mosaic floor (with Greek donor inscriptions) being buried intact in an act of Damnatio Memoriae. Apamea’s synagogue remained unknown to the world until 1934.

As the doors to Rome’s College of Vestal Virgins closed for the last time Mnemosyne, goddess of Memory, took flight. A decade before in 381 CE, immediately after the First Council of Constantinople re-affirmed the Nicene Creed and the vexed question of the Trinity, the Roman emperor Theodosius [347-395] issued two edicts. Both compelled a […]

On 28 May 2014 the United Nations cultural agency announced that it would establish a Lebanese-based observatory “to monitor and access the state of Syria’s cultural heritage” which the UN determined was “reaching the point of no return”. The decision followed from UNESCOS’s Paris conference of the same week, “Rallying the International Community to Safeguard […]

Loquacious Lara, the water nymph, could not control her tongue. Unable to keep secrets she incurred the wrath of Jupiter who severed it and dispatched her to the Underworld. There she bore twins, the Lares or Watchmen. Tradition ascribes to her a similar role as silent guardian of the dead. She is symbolized with clay, […]

On 17 December 2013 Sotheby’s (New York) commenced its Important Judaica sale. To be auctioned was “An Exceedingly Rare Hebrew Synagogue Carving” (Lot 93). Sotheby’s catalogue states that the object was made of Walnut and incised with seven words from Psalm 19 verse 9 framed by an ebony border and inlaid with bone. The item […]

The case for Jobar: Syria, synagogues and subterfuge (17 January 2014)

As a matter of urgency regard must be made to Jobar synagogue’s many artefacts should they soon find their way into the antiquities market… Jobar synagogue, two kilometres North East of Damascus’ Old City, has not been far from the News. Headlines fell during Passover of this past year and culminated in a dramatic story […]

“And sneer of cold command”: al-Qusayr, Ramses the Second and the Battle of Kadesh

Syria’s al-Qusayr is no stranger to war. Within its boundaries lies Tell Nebi-Mando, the ancient city of Kadesh, where Egypt’s Ramses the Second and the Hittite King Muwatalli the Second locked swords in one of the greatest battles in antiquity. “Young Memnon”, British Museum It would be well over a year before Percy Bysshe Shelley […]

Who Will Save the Remains of Syria’s Ancient Synagogue? 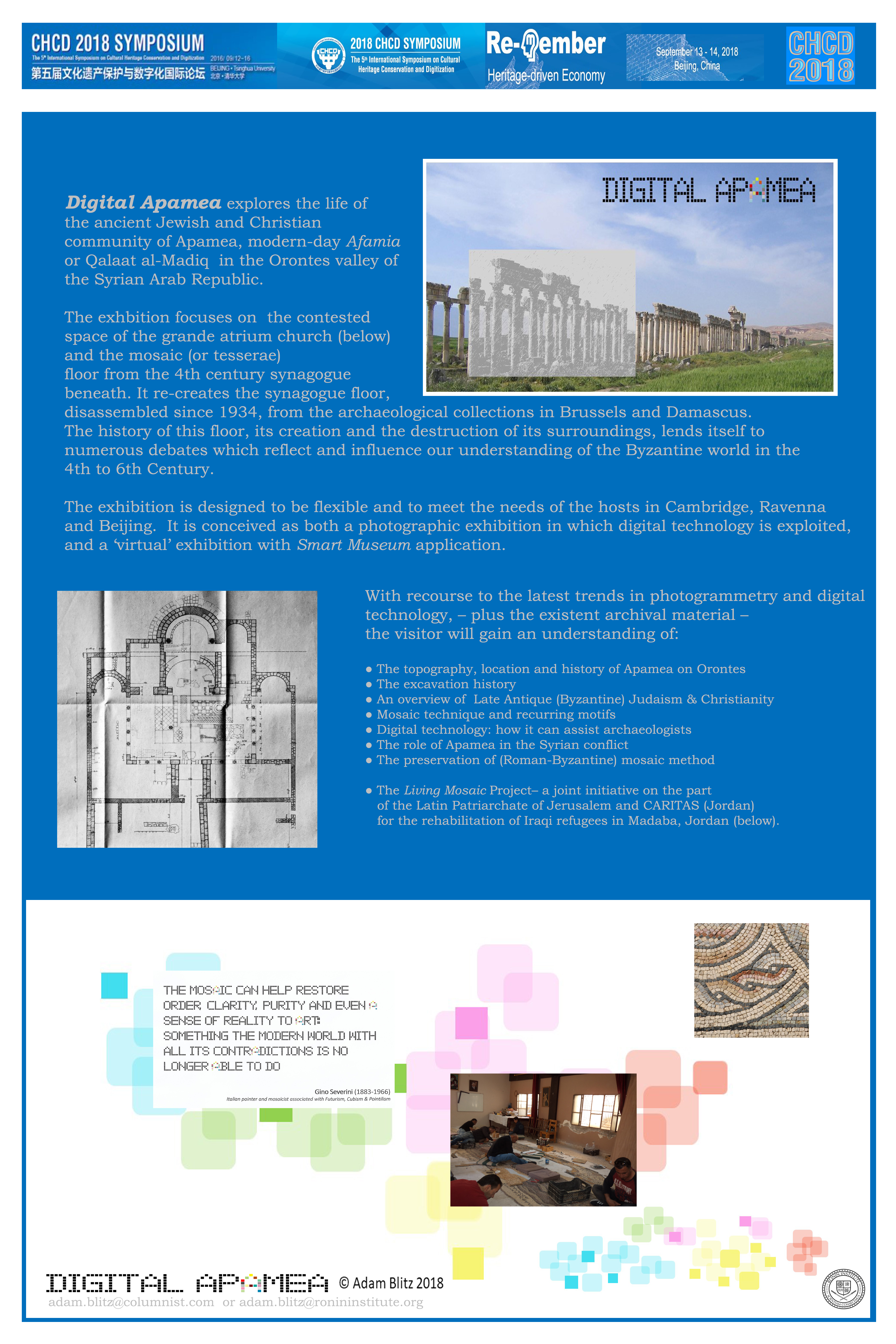